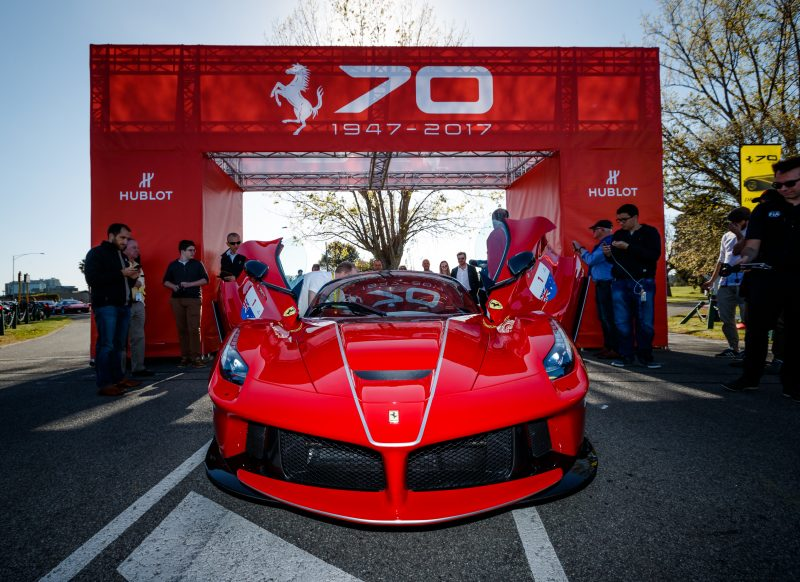 written by Hours And Minutes Australia

It’s the one partnership in the watch industry that goes beyond just simply sharing logos. It’s an amalgamation of two cultures. Two cultures with one vision – ‘To design unique creations that generate a world of dreams and emotions’.

10 October: National Rally; where Hublot Ambassador, Michael Clarke drove from Albert Park to Cruden Farm with the largest collection of Ferrari’s ever in Australia

A new collection designed by Ferrari and crafted by Hublot clearly stole the show: The Techframe Ferrari 70 Years. A team effort that began with Ferrari in Maranello and ended in Nyon with Hublot, this new line in Hublot’s collection is intended to offer a watch that is deeply rooted in Ferrari’s DNA—combining strength, performance and agility—while being produced and perfected by the Hublot manufacture.

RTR Productions was extremely happy to supply and install a truss arch for Jacquie at Pages to make this awesome structure look this good. Thanks Jacquie and thanks Pages! 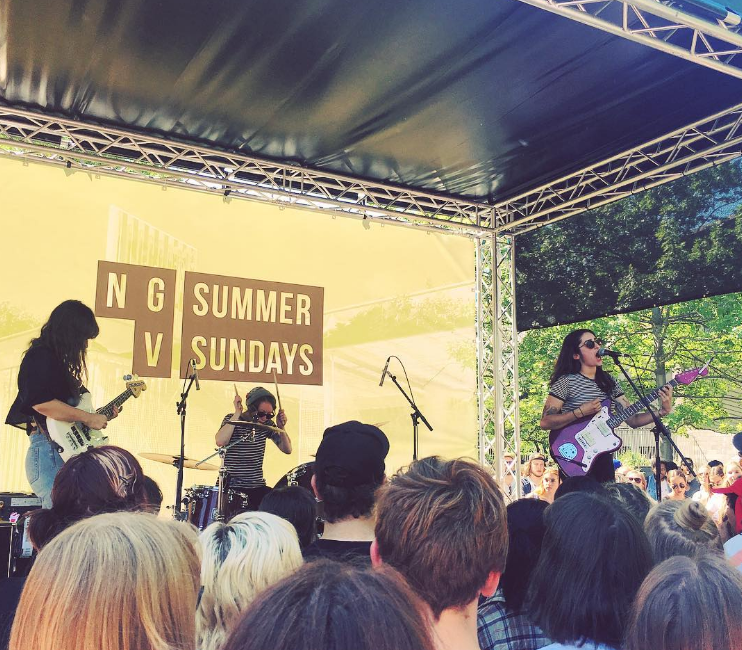 The National Gallery of Victoria’s Summer Sundays were an initiative put on by the Gallery that includes free performances by local musicians and DJs, food and pop-up bars in the NGV Garden and a free drop-by activity for kids. RTR Productions being the NGV preferred supplier for audio, visual, staging and productions designed a series of ground support structures, staging and audio visual solutions for the series of free concerts.

The events were a success even though there was a couple of weekends where last minute bad weather caused some re-arrangements to the structures. The RTR crew were able to quickly work around the inclement weather for a great result. 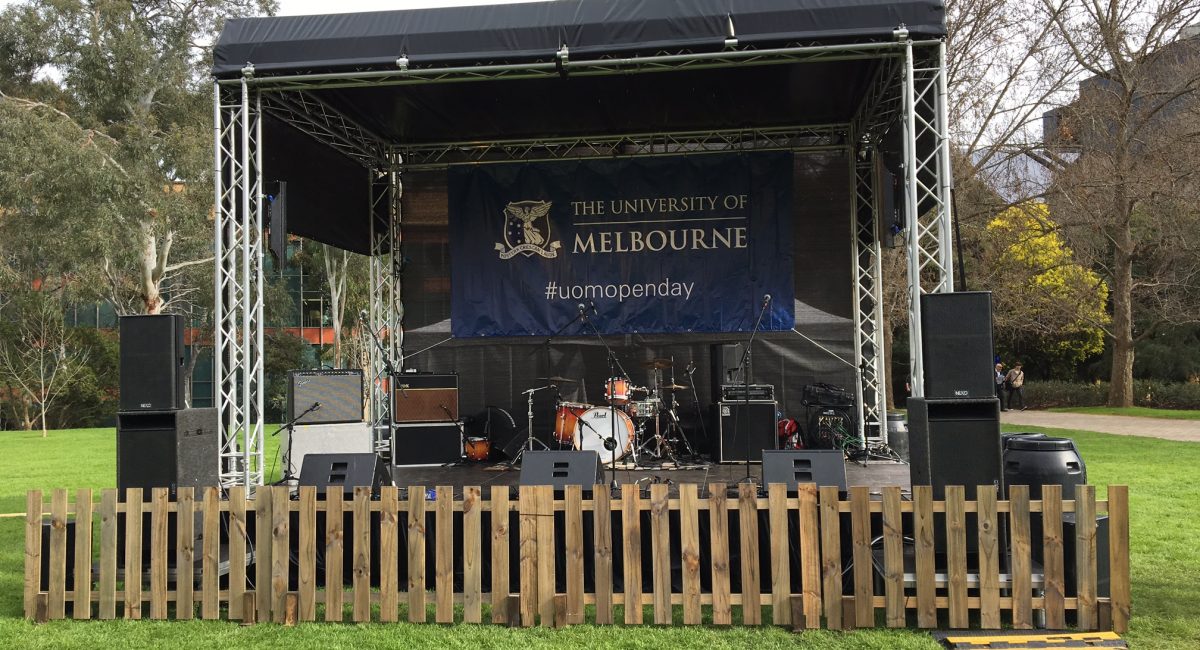 RTR Productions have just added a new structure to our ever growing range of outdoor stages, coming with a standard stage size of 6mt x 4mt with an option to increase to 6mt x 5mt the new stage is an elegant solution for events of any size from community and council events through to entertainment zones at major events.

If you need a stage structure for your next event why not speak to our team about our range of stages on 03 9331 6522. 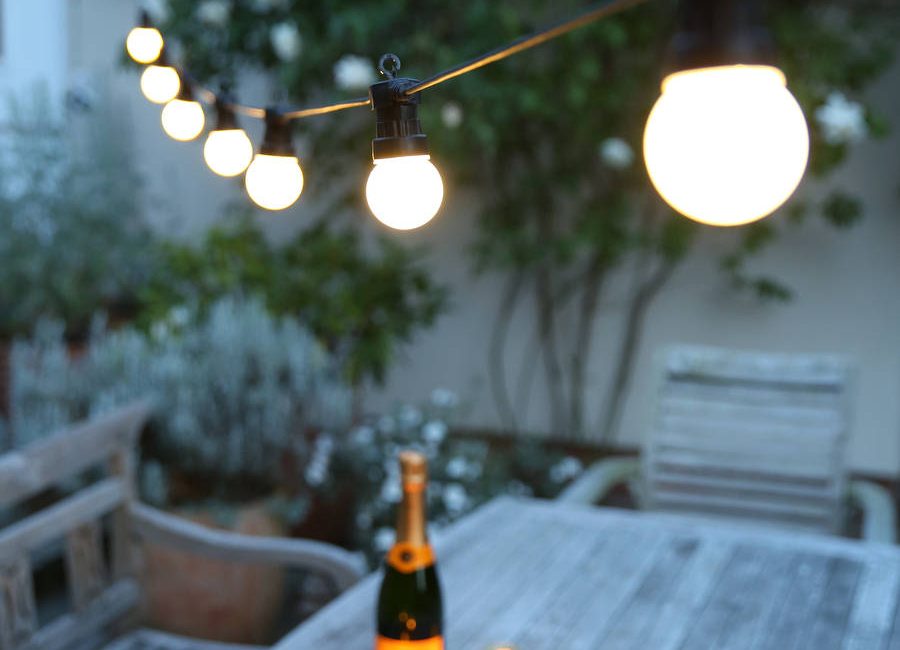 Just in time for the party season RTR Productions have added a range of outdoor LED festoon lights to our inventory, these low power LED Festoons can link together and its possible to run over 200mt from a single weather proof power supply. RTR have a range of bulb options avialable including our favourite for outdoor events warm frosted white. If your having an event and need some inspiration check out our decorative lighting page. 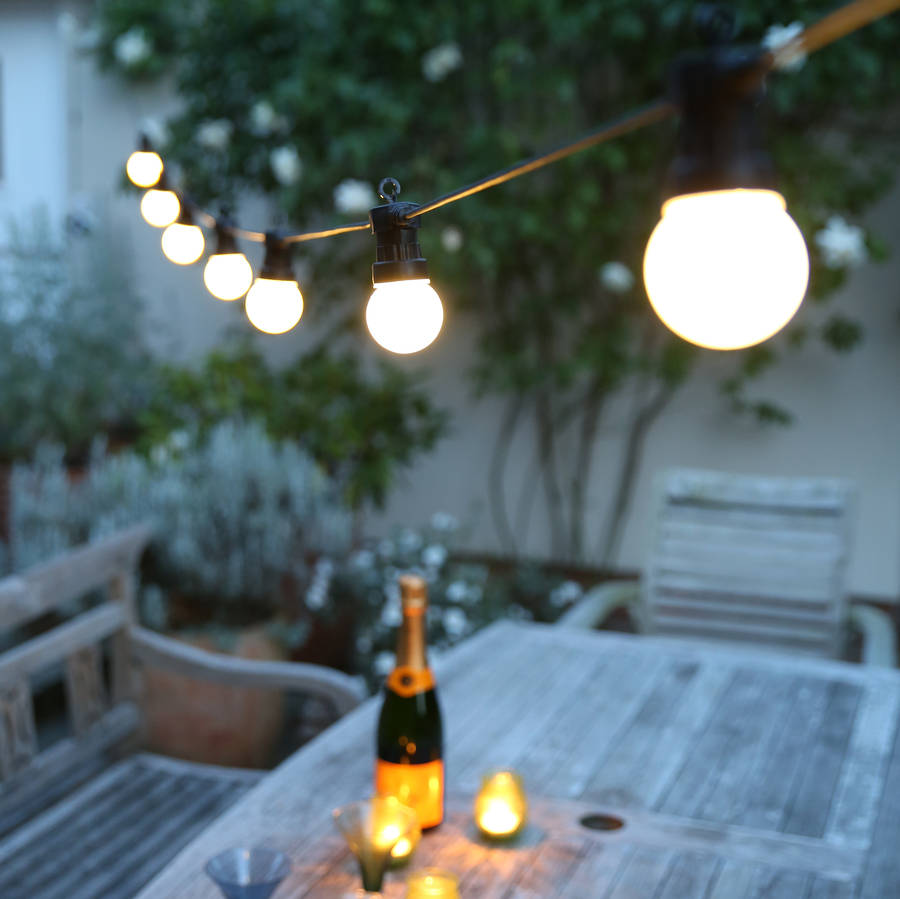 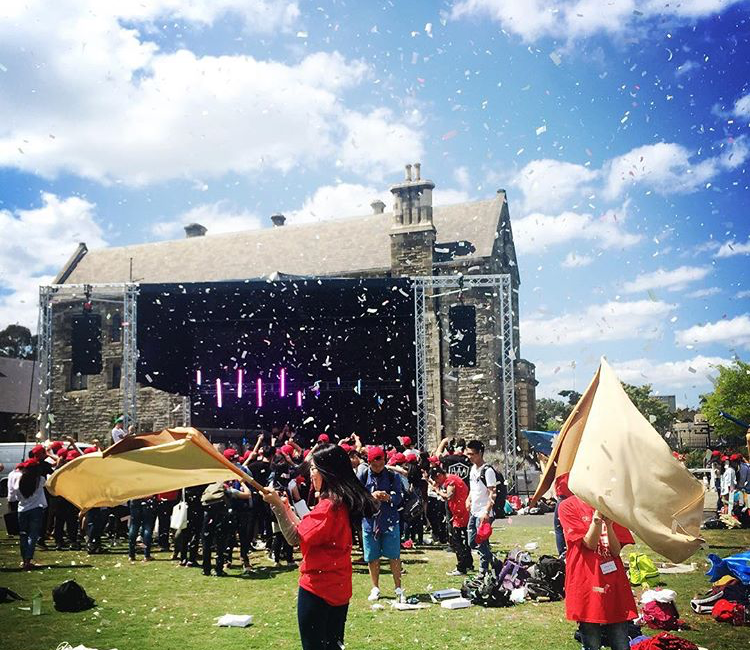 New for the summer season we have a new outdoor concert structure we’ve name the Black Stage, including a large 8mt x 6mt stage internally with options for wings, catwalks or aprons this stage is well suited to a variety of outdoor events from a concert or festival stage, community christmas carols, council events, street parties and more. 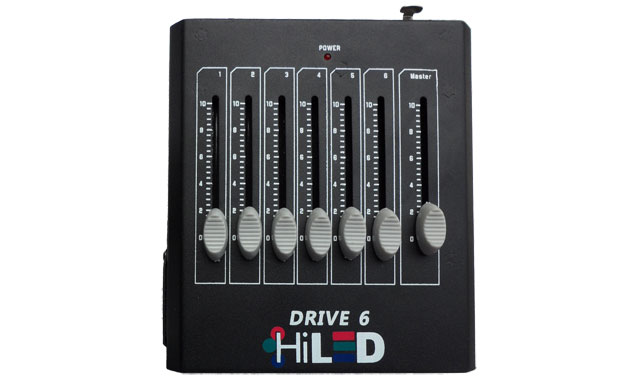 Recently added to our expanding inventory is the HiLED Drive 6 basic DMX desk, this simple easy to use basic DMX controller provides 6 channels of DMX operation plus a master controller. Ideal for controlling simple LED par cans or strips in basic 3 or 4 channel mode. Available to hire alone or as part of a complete lighting solution for your next event. 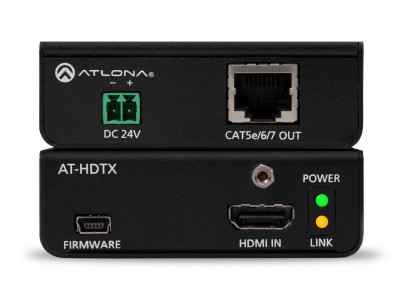 RTR Productions are now stocking a range of HDMI over cat 5 solutions, along with our inventory of HDMI-SDI and VGA Cat 5 transmission solutions we now have multiple solutions for running high resolution video from point A to point B via simple transmit and receive boxes. 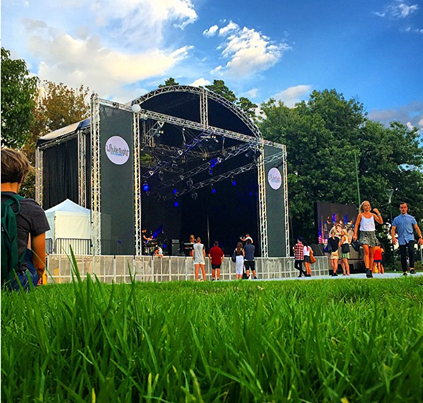 Another addition to the inventory for 2015 is the worlds highest quality trussing system, Eurotruss. RTR Productions stock a large range of HD34 Eurotruss, selected for its superior load ratings compared to other options along with its high flexibility and sleek finish. Available to use a exhibition rigging truss, ground support truss roofs (stage covers and marquees), temporary arch ways and many other applications. RTR Productions have also manufactured a custom cladding system for our truss, providing a timber surround for truss legs and arches ideal for events and signage applications. The team at RTR Productions can help design a truss solution for your next exhibition or event, call today on 03 9381 0530. 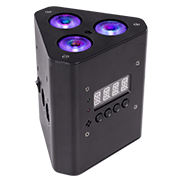 New to our hire inventory for 2015 we have added ProShop LED Truss Warmers, these battery powered LED up-lights pack a punch for a tiny fixture. Ideal for warming truss uprights, they offer individual Red, Green, Blue and White LED control and can be remotley controlled via DMX or via a supplied infra red remote control. Available for hire, or supplied as part of complete lighting solution contact the team at RTR Productions on 03 9381 0530 to enquire today. 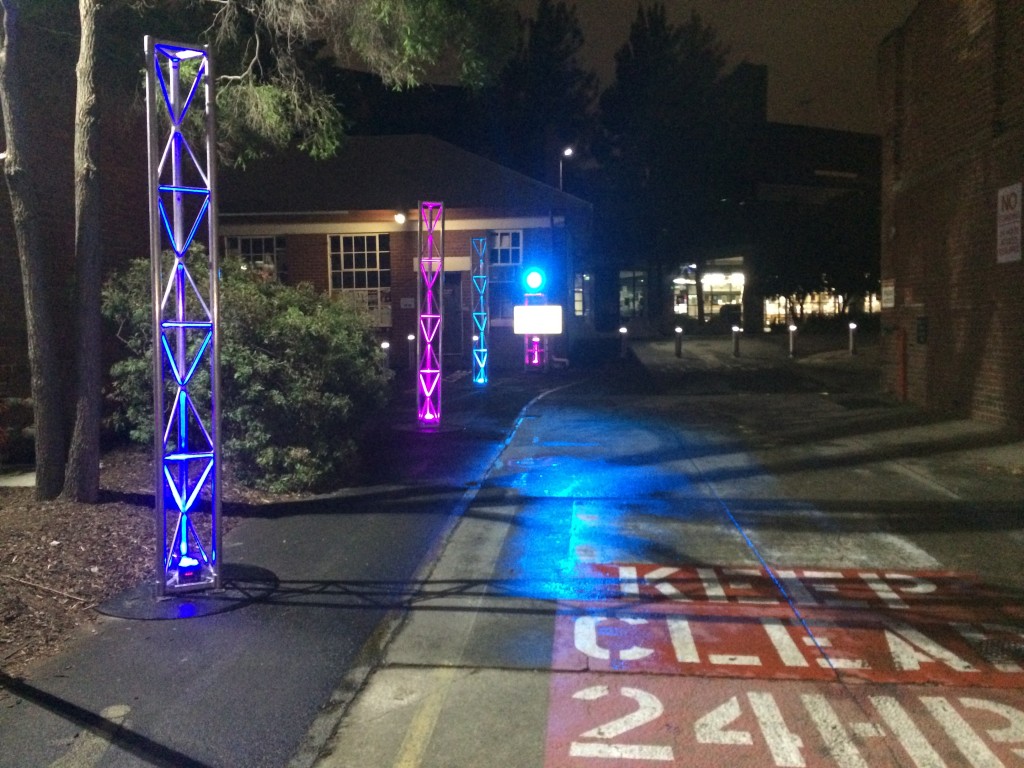 RTR Productions stock Astro Turf runners for events, supplied in  8mt x 2mt rolls this plush high quality astro turf is ideal to soften and define an event space. For the Australian Open 2015, our team designed and provided this Tennis Live Site in a CBD food court. Including a jumbo LED screen, a massive grassed area for viewing and a mini tennis court. Need to hire some astro turf? Want some help designing your event get in contact with RTR Productions today on 03 9331 6522.