The AFL Season has begun!  And RTR Productions are happy to have been part of the North Melbourne Football Club’s jumper presentation.  This AFL event is a big part of the sporting calendar.

March 6th saw a large number of the North Melbourne faithful on hand to witness the new players of the 2019 Kangaroos get their first NMFC jumpers.  RTR was chosen to supply audio, lighting, vision, and additional rigging to the Melbourne Pavilion to assist delivering the evening to North Melbourne’s AFL members. The Kangaroos’ Events team wanted to wow their membership with their new team members.  So RTR’s creative staff came up with a bespoke design that would complement the industrial aesthetic of the Pavilion.

There were two parts to the evening.  The first part of the evening was an acoustic performance in a side area, while club members came in and got situated.  There was also a media wall as members entered and some external activations. Then the evening proper began with much enthusiasm in the main area of the venue.

Production-wise, a large truss arch was erected at the rear of the stage to rig the large projection screen from.  The events team wanted to deliver their creative content in a projection that fit along with what was happening on stage, rather than take over.  Additional lighting was set on truss uprights across the stage as well as under the industrial roof trusses. The PA system was set up around the room to work in with the many columns in the building and not visually impair on the event.  This AFL event was all about the players, and the production was there to support that point.

The end result was an evening with impact:  One that members felt included in, rather than just presented to; and came across great in all the social media photos and streaming videos. 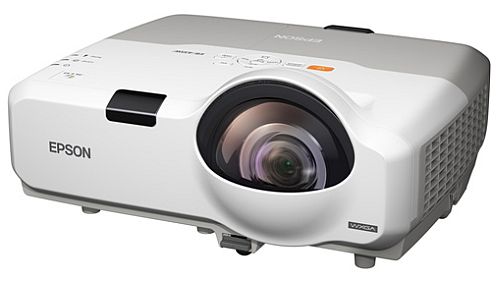 We are often asked ‘which projector do I need?‘ Not a straightforward answer can be given when you think about all the questions that need asking first.

What about larger venues?

The Barco CLM-HD8 is your projector of choice for a larger venue.

For further information, see the ‘Projector Hire’ section of our website or call our team on 03 9381 0530